According to the principle of horsemanship, you can call yourself a horseman if you are sensitive to the horse's behaviour and understand it and are able to recognise signals and assess them.

The aim is to work together harmoniously and to get to know the horse so well that you can perceive its needs and gain its trust and respect.

How does horsemanship work?

Horsemanship is usually done from the ground and is based on body language. It is therefore often referred to as ground work. In order to build a harmonious relationship between man and horse, man must learn to understand his horse and its signals.

What accessories do I need for horsemanship?

All you need for horsemanship is a rope halter, a long lunge line and, most importantly, a basic understanding of the horse's mind and behaviour.

When choosing a knotted headcollar, it is important for it to not be too thick or too thin. It should also not be too soft and yielding, yet still supple and comfortable for the horse. The rope halter headcollar must be knotted correctly so that the sensitive nose area of the horse's head and its facial nerves remain undamaged.

The working line - also called rope - can be selected according to the personal preferences of the trainer. As a rule, it has a length of 4-6 metres and a firm core in order to lie as comfortably as possible in the hand. Most versions also have a leather ratchet at the end.

Horses communicate with each other through a fixed hierarchy. In a herd consisting of several horses, everyone has their place under the highest-ranking animal. When dealing with the horse, the human/trainer should always take the role of the highest-ranking team member.

The rank is clarified by the principle "Who moves whom". The higher-ranking member dominates the group and can move the other members away through his position. Through negative, but never aggressive stimuli, the horse is signalled during ground work which behaviour is undesirable. Through confirmation in the form of voice or petting praise, on the other hand, the human encourages and rewards desired behaviour. From the point of view of horsemanship, the highest form of confirmation, apart from voice and petting praise, is the pause after a given stimulus.

Therefore, as soon as a task has been completed, even in an approximately successful manner, the pressure should be released immediately and the horse should be given a break. Through the break, the horse recognises that its behaviour in the required situation has positive effects.

Natural Horsemanship according to Pat Parelli- The ideal introduction for beginners

Horse trainer Pat Parelli has become famous in Germany for his training methods. Through a sequence of seven successive steps, he shows how man and horse can grow into a harmonious unit.

One of Pat Parelli's best known methods is the Seven Games. The Seven Games method is based on the nature of the horse and the way horses communicate with each other in the herd. The aim of the games and exercises is to build up a good basis of trust between rider and horse and to improve communication with each other. Clear training instructions give the training a common thread.

No matter which training method you decide on in the end, the most important thing is a certain sensitivity for the horse's behaviour and the willingness to engage with it and to treat it with a lot of attentiveness, respect and love. 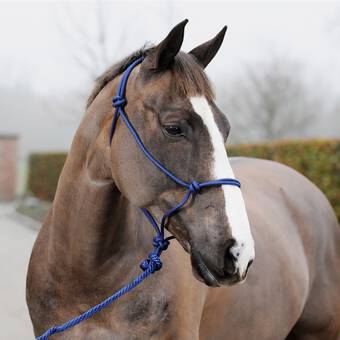 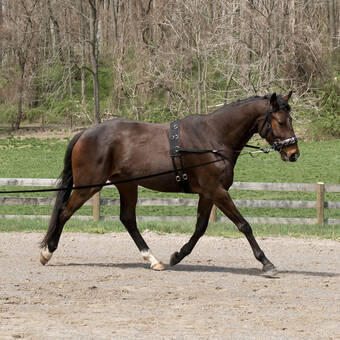 Please confirm your email address in order to receive newsletters from Horze. We have send a confirmation link to .

In order to complete your subscription process, please click on the confirmation button in this mail.

Should there be no confirmation email in your inbox, please check whether the email was filtered to your spam folder.

Can´t find your mail? We can send it again.

We‘ve resent you a link to confirm your email address. Please check your email box.